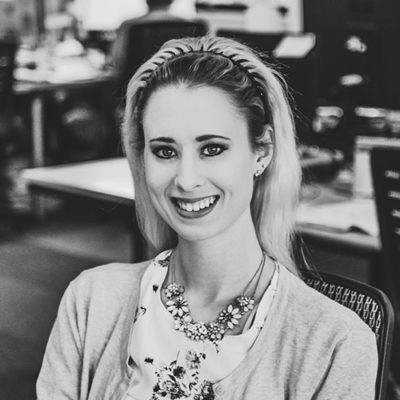 Beware of incoming snowflakes this Christmas

Christmas 2018 is set to record the highest level of snowflakes to date.

Before you venture into the shed for the sledge, we are not referring to a white Christmas. This year’s festive cheer is full of hyper-sensitive millennials. Also known as generate snowflake, ‘adults of the 2010s’ who are ‘prone to taking offence and are less resilient than previous generations, or … too emotionally vulnerable to cope with views that challenge their own’.1

Brands worldwide are finding it notoriously difficult to navigate through the cultural landmines found in current media. Regardless of your business, you are open to scrutiny. Lately the likes of high-end fashion label Dolce & Gabbana were accused of racism after their #DGLovesChina2 marketing campaign and the Twitterstorm over tissue manufacturer Kleenex ‘Mansize’ branding led to the wording being removed from all boxes.

Generation snowflake, previously labelled millennials, are born between 1981 and 1996 making them the peak spenders in this current age. Millennials make up the largest generation and to top it all are most likely to engage in social media. They are at peak earning age and have disposable income. Couple this with a strong social and moral obligation and brands beware.

The unassuming Brits have not gone unscathed, once thought too polite to complain we are now witnessing hundreds of complaints to governing bodies and, across social sharing platforms, from disgruntled viewers. One thing we do remain very ‘British’ about is what we take offence at. Not slavery, exploitation or political scandal, oh no, it’s the animated carrot driving an artic lorry that gets us every time.

In Christmas countdown style we bring you the most controversial Christmas adverts of 2018!

Aldi placed a clever spin on the infamous Coca-Cola advert this winter.

The advert opens to a vision of a Coke style truck making its way across the snowy peaks only to then career off-road and show Kevin the carrot clinging to life.

It evoked a whopping three written complaints to the advertising watchdog by disgruntled parents claiming their children were ‘distraught’ after watching Kevin’s life in danger.

“We’ve been overwhelmed with the wonderful response to our Kevin the Carrot ad and we’re rooting for him too. We can assure fans that Kevin’s dicey adventures will continue to Christmas.”

The controversy around Kevin served to heighten his popularity and worked in Aldi’s favour. The supermarket saw an influx of shoppers wanting to buy the plush Kevin toy and his wife Katie carrot, and was forced to restrict customers to just two toys each.

35 overly cautious humans complained about the 2018 Sainsbury’s advert featuring an impressive nativity scene where a boy dressed as a plug propels himself into the socket to activate the lights.

The young stage star elevated to the ceiling as she sings was not the issue. Instead people had complained that ‘children will copy the young boy by “playing with plug sockets”.

Advertising Standards Authority (ASA) has yet to remove the advert and has received mass support on social media from people outraged that anyone would want to ‘ruin Christmas’.

A disgruntled tweet says: “OK. Who complained about Plug Kid?? Why are you trying to ruin Christmas?”

For the UK at least, it appears that convenience stores are the most shocking and outrageously dangerous and offence brands on our TV screens. This #firstworldproblem interesting brings us to a far larger problem that resulted in Iceland’s adverts being banned completely.

1. Too heart-breaking for our screens, Iceland’s palm oil campaign

The 2018 Iceland advert evoked emotions only John Lewis could dream of. It brings to light the issue of palm oil via an animation featuring a cute orangutan named Rang Tang. Iceland vows to stop using palm oil in their products, leading the way for other supermarkets to follow suit.

Undoubtedly it is more political than the other adverts mentioned, and it promotes the strong social and moral beliefs of the supermarket. However, a total ban by the ASA did even more to accelerate its popularity. The one-and-a-half-minute clip was shared on social media leading to over 19 million views and was retweeted 91,000 times.